SAN JOSE -- The San Jose Sharks announced on Friday the complete roster for their 2014 development camp.

In conjunction with the week-long development camp, the Sharks' second annual Summer Prospects Scrimmage is on Wednesday, July 9 at 7 p.m. at SAP Center.

The teams will be comprised of prospects from the Sharks annual summer development camp roster. 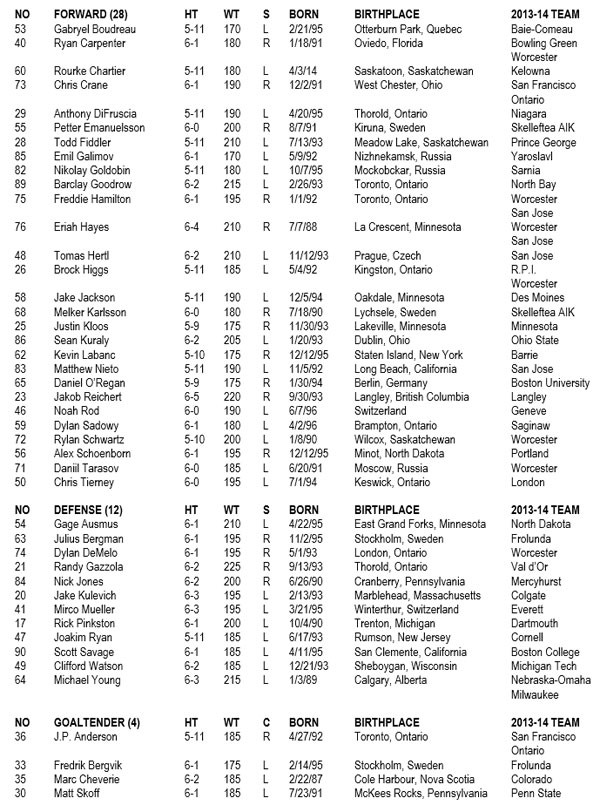 Lakers' Bryant: 'I would love to play with Anthony'
(1)
Associated Press

Hernandez's lawyers, Patriots fight over records
(1)
Sherman: I hope to play Crabtree every year & 'choke him out'
(136)
See more >