Three thousand miles away, Carlene Ford is flooded with a range of emotions. Her son is finally on the practice field and embarking on a promising NFL career.

It has been a long and painful road for the family.

She was with her son, Keith Reaser, shortly after he underwent a second ACL surgery before the 2014 draft. Teams were calling him to line up workouts. And he had to tell them he would not be able to get on the field for a long time.

“I’ve never seen him so devastated,” she said.

They braced for the strong possibility Reaser would not get drafted after his senior season at Florida Atlantic when it ended with a knee injury. When a problem with his graft was discovered at the NFL Scouting Combine, it appeared to be a major blow to the career he had planned since childhood.

“Since I was a little kid, I never saw any other future path for me,” Reaser said. “I never thought of myself of doing anything other than playing in the NFL.”

And when the 49ers surprisingly selected him in the fifth round, it was clear the organization was committed to a long-term union. Reaser would be afforded the opportunity to take his time to get healthy before competing for a roster spot.

“We didn’t know what was going to happen,” Ford said. “There was always the hope he was going to get on somebody’s team. And when it happened, it was one of those moments we’ll remember forever.”

The excitement, however, cannot push away all the pain the family has experienced in the past eight years.

Sean Taylor was Reaser’s cousin. Their mothers are sisters. Taylor was also Reaser’s favorite player – a hard-hitting Washington safety who quickly established himself as one of the NFL’s rising stars.

In November 2007, five young men broke into Taylor’s Miami-area home in a burglary attempt. The men expected Taylor to be with his teammates for a regular-season game in Tampa Bay. But Taylor was home rehabbing an injury. After the men broke in, Taylor confronted them with a machete. Taylor was killed with a single gunshot to his leg, which severed his femoral artery.

His mother got a phone call in the early-morning hours while Taylor was in surgery. But she did not want her 16-year-old son to worry, so she did not tell him about the incident before he went to school.

While at school, a classmate mentioned the news to Reaser, who initially thought it was just a cruel joke. He called his mother, who was still at the hospital. The family experienced unspeakable grief. Time has passed, but the hurt remains.

Taylor’s final resting place is Woodlawn Park Cemetery, about 2 ½ miles from Reaser’s home. It was a year before Reaser could summon the strength to pay his respects to his cousin.

“He was very emotional -- very upset,” his mom said. “He told me, ‘I never want to go back there again.’ He said he wanted to remember Sean as he was.”

Reaser had started working out with his cousin and began to take the sport more seriously by the time Taylor had reached the NFL. They worked out together. They watched film together. The tragic and senseless death brought even more focus to Reaser’s goal.

Ford remembers a visit to the pediatrician when her son was about 10 years old. He announced he was going to be a professional football player. He was completely unfazed when his doctor produced statistics about the miniscule percentage of young athletes who actually realize that dream. 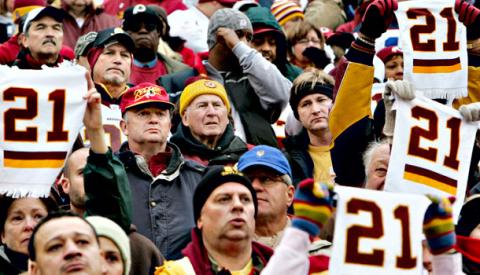 Reaser’s determination was a lot bigger than his physical stature. As a senior he was listed at 5 foot 10, 147 pounds. He was a second-team all-state selection, but he failed to get the attention of major college football programs.

He ended up at nearby Florida Atlanta University in Boca Raton. Over the course of four college seasons, he grew an inch and added 40 pounds. The 49ers placed a projected 40-yard dash time on him in the low 4.3s, making him one of the fastest cornerbacks in last year’s draft.

Reaser’s style of play is not similar to Taylor’s, but he has tried to adopt his cousin’s approach to the game.

“I don’t try to imitate his game because he was his own freak of nature,” Reaser said. “What I do try to take is the passion he played the game with, the way he prepared, the way he trained. I try to take that out there. I might not be the knockout-shot guy, so I don’t try to play like him. But I definitely take that passion and that mentality into the game.”

Reaser said the fact that a family member was able to establish himself as an NFL star provided him with inspiration.

San Francisco 49ers general manager Trent Baalke knew Taylor well. As a Washington scout, Baalke scouted Taylor and spent 2 ½ days in Miami prior to his team's selection with the No. 5 overall pick in the 2004 draft. While fully aware he is related to Taylor, Reaser was selected on his own merits, Baalke said.

“They’re totally different,” Baalke said. “Sean was 6-2 and 230 pounds. He was a rare physical specimen. But a couple things stood out with Keith. He was extremely fast. He’s one of the fastest guys we evaluated that year. And the competitiveness. You can see that on the field. He’s got an edge to him.”

Reaser spent his entire rookie season with the 49ers in Santa Clara rehabbing his knee. He had a strong offseason program, and his training camp is off to a solid start as he looks to establish his presence on the 49ers’ roster.

“He’s been a dream,” Baalke said. “He came in from Day 1, and had a pro’s mentality. He was very focused on getting his knee right. And it’s paying off.”

Back in Miami, Ford is excited to receive reports from California about the progress of her son. He is working with the 49ers’ third-team defense. His future is bright. But the family’s return to the NFL also comes with some degree of anxiety.

“Me, personally, I’m terrified,” she said. “In one sense, it’s helps that we have that back in the family. But there’s that fear that now that he’s in the NFL, someone may target him.”

Ultimately, those thoughts are fleeting. She realizes there are no negatives to her son being in position to make his life-long vision a reality.

“After his first knee injury, he said, ‘Mom, I can’t think of anything else I want to do but play football,’ ” she said. “Yes, this has always been his dream. The way everything worked out, this was his destiny.”

Brooks little upset about not getting win after allowing one run

Rewind: Brooks proving he belongs in A's rotation
A's Inside Pitch: Crisp retraining self on slides
Instant Replay: A's fight back, but fall to Astros in extras
Notes: What a difference two weeks makes for Scott Kazmir
Read More

How Billy Beane should celebrate being longest serving GM