The regional Sports Illustrated cover features a picture of Thompson during a game earlier this season, along with the title, “The Unlikely Turnaround: Klay Thompson’s Warriors.” The cover story is written by Sports Illustrated senior writer Chris Ballard.

This marks the 11th time overall that the Warriors have been featured on a Sports Illustrated cover and the third time in the last two years, as Curry graced the cover during the 2013 NBA Playoffs (May 13, 2013) and again for the 2013-14 NBA Season Preview (October 28, 2013). Thompson’s father, Mychal, appeared on the cover of S.I. along with his Los Angeles Lakers teammates for the magazine’s 1988 NBA Playoffs Preview (April 18, 1988). 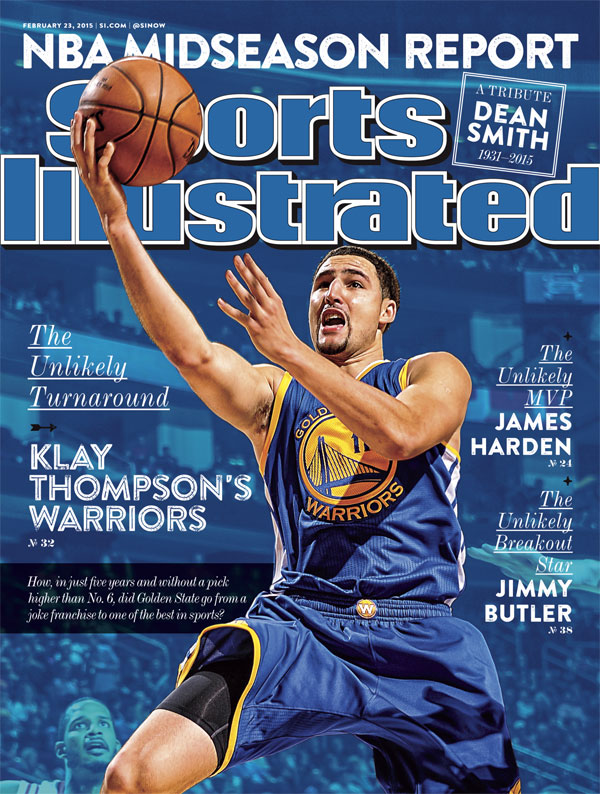 What they're saying: Carson courting Raiders, Chargers
Davis: 'We're still trying to get something done in Oakland'
Raiders-Chargers proposal presser more of a pep rally
Del Rio wants Raiders to be competitive right away
Read More

Davis: 'We're still trying to get something done in Oakland'
(12)
See more >

Good news from Kings-Sharks game at the House Tomsula Built