Heat guard Tyler Johnson made his NBA debut on Wednesday night, scoring his first NBA points in Miami's 104-98 loss to the Warriors at Oracle Arena.

It was a fitting way to begin his career for Johnson, who -- as a 12-year-old over a decade ago -- sent a letter to the Golden State franchise, requesting a scholarship to attend Warriors Basketball Camp.

The Warriors granted the entrepreneurial Johnson's wish, and gave him a scholarship for the camp.

"Once we received it and read it, it was pretty much a no-brainer," said Jeff Addiego, senior director of Warriors Basketball Camp.

After four years playing at Fresno State, Johnson went undrafted but joined the Heat for the 2014 Summer League and recently signed a 10-day contract to join the team.

Now 22 years old, the 6-foor-4, 186-pound lefty who went to high school in Mountain View is making good on that dream and turning a hobby into a career. 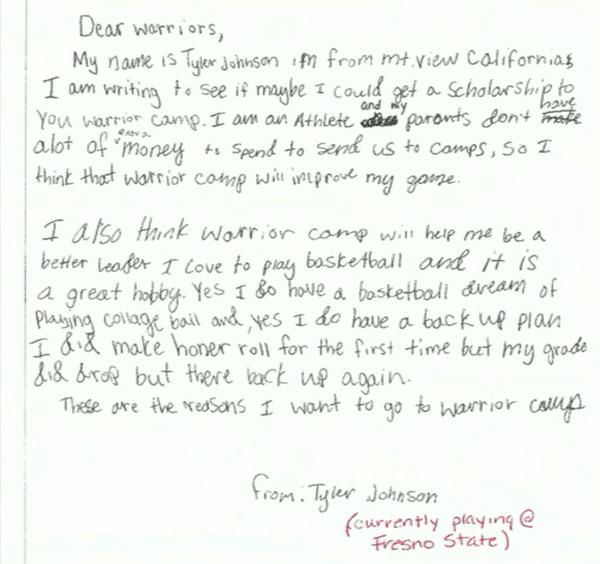 Pavelski: 'Pride ourselves on good starts and we didn't have it'

Sharks' Couture toughs it out against Flames
(1)
Kevin Kurz

Sharks' Couture toughs it out against Flames
(1)
See more >