Stephen Curry's remarkable season has him as a frontrunner for the NBA MVP, and the Golden State Warriors as one of the favorites to land in the Finals.

Perhaps most impressive is what Curry has done from beyond the arc. 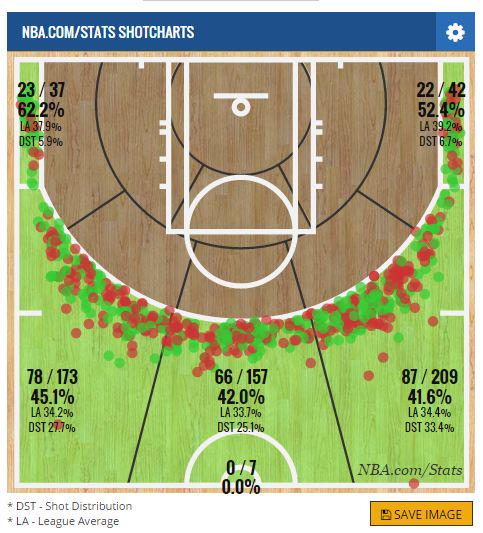 Curry has drained 276 3-pointers in 79 games this season, breaking the previous single-season NBA record, which was set by the Warriors star in 2013.

He is hitting .442 from 3-point range this season. Curry has been especially dangerous from the corners.

"I have never seen a player with his skill set," Warriors coach Steve Kerr said after Thursday night's win over the Trail Blazers.

The 27 year-old shooter earned his second consecutive All-Star selection in 2015 and won the NBA's 3-point shootout competition in February.

Karl reflects on returning to Denver

Vogt wishes the A's could take things back, loves the tenacity

Kaepernick: Gore will be missed, but others can pick up slack
(19)
See more >