Tomas Hertl, while sitting on the bench in the third period of the Sharks' 3-2 win over the Jets on Monday night, was struck in the face with an errant puck by teammate Logan Couture.

Hertl left the ice and did not return, but he was spotted after the game boasting a big, bloody smile. 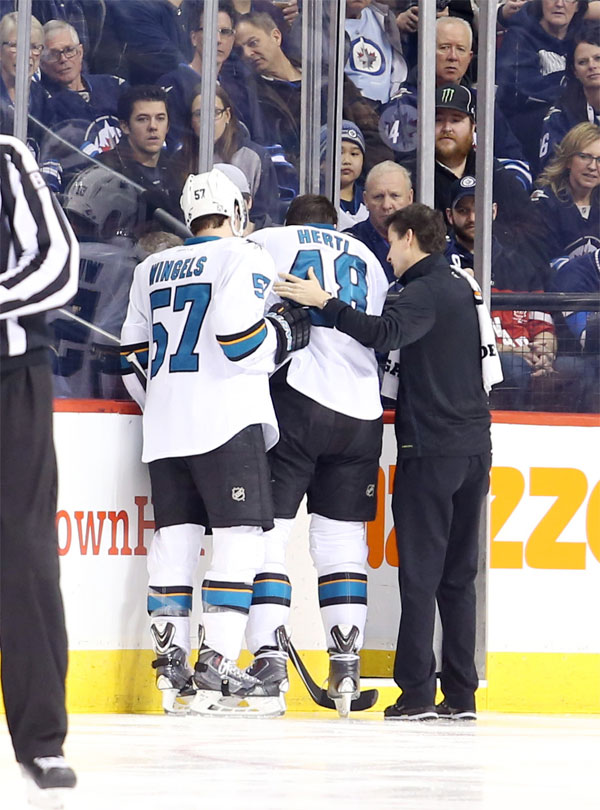 No legs needed for this Stephen Curry trick shot

Hall's door shut again to those suspected of steroid use
Krukow explains why he's not concerned about Hudson's surgery
Report: Giants 'inquired' to Marlins about Haren
What they're saying: Four inducted into Hall of Fame
Read More

Source: Fangio would target Shanahan, Donatell
Goodell on findings: 'We have all learned a great deal'
Austin interviews, Bowles on deck as 49ers search winds down
Warner aims to develop Kaepernick as pocket passer
Read More