SAN JOSE – From a fan-in-the-stands perspective, the Sharks’ 5-4 shootout win at home over the Colorado Avalanche on Monday was probably the most entertaining and engaging game of the season.

It wasn’t all that pleasurable for the Sharks themselves, by any means. San Jose allowed two late goals to surrender the lead in the third, fought back to tie it in the closing seconds, was unable to convert on a power play in overtime, but found a way to pick up the extra point in the standings via the shootout.

“It would have been nice to grab two and not give them any, but that’s the way it works sometimes,” said Joe Thornton, who had three assists.

The Sharks led 3-2 when Erik Johnson’s point blast found its way through Antti Niemi’s wickets at 18:09 of the third. Just 12 seconds later, Niemi allowed a shot from along the wall by John Mitchell to deflect above him off of the stick of former teammate Jamie McGinn.

Joe Pavelski scored to make it 4-4 with less than 20 seconds to go and Niemi pulled for an extra attacker, though, and San Jose proceeded to capture its second consecutive shootout win.

“Disappointing that we couldn’t hold on for whatever reason, yet I thought we played a pretty solid third,” Todd McLellan said. “We weren’t on our heels, we didn’t back off, but sometimes that happens. To come back and respond with the goaltender pulled and win it in the shootout alleviates some of that feeling down that we had there for a short period.”

A sloppy first period in which the Sharks trailed 2-1 at the break gave way to one of the more dominant 20-minute stretches they have had all season. Brent Burns and Matt Irwin were the goal-scorers, giving San Jose its first lead of the game that it carried late into regulation.

“It was probably our best period all year,” Thornton said of the second.

Burns was particularly effective, finishing with a goal and two assists, eight shots on goal, and 16 attempts at the net total. He added three hits.

“I think some nights it feels like it's going well. Tonight was one of those nights,” Burns said.

It was a good night for the power play, too. McLellan completely rearranged his two main units, finally splitting up his top unit of Thornton, Pavelski, Logan Couture, Patrick Marleau and Dan Boyle. Irwin's goal and Jason Demers in the first period came with a man advantage.

Did that switch help the power players refocus?

“I think so,” Irwin said. “It just reminds us we got to get back to the basics, and what makes our power play successful, and that's getting pucks to the middle, shooting it, moving well on the point, using each other and getting bodies and pucks to the net. It's very simplified, but I think that's what makes us successful."

Pavelski continued his recent run of success, scoring his sixth goal in the last seven games. He’s now tied with the injured Tomas Hertl for second on the team with 15 goals.

Thornton, behind the net, set him up for the timely game-equalizing marker.

“Pav has been a real clutch player over the past two weeks for us. He’s kind of the go-to-guy right now, he seems to be getting it done,” McLellan said. “He did it again tonight for us.”

The goal allowed the Sharks to feel good about themselves headed into the CBA-mandated three-day break for Christmas. It was nearly a devastating defeat.

“The leadership group did a great job,” Irwin said. “They got out there and they capitalized. [Thornton] made a great play to [Pavelski]. That's what those guys do." 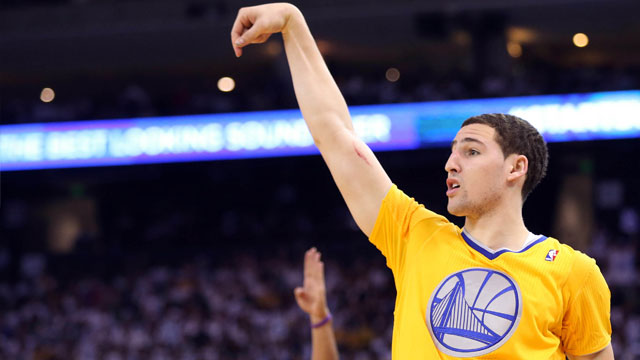