A showcase of a Northern California vs. Southern California NHL rivalry, the event will be broadcast live nationally on NBCSN in the U.S. and on CBC and TVA2 in Canada at 7 p.m. PT/10 p.m. ET. SiriusXM Satellite Radio will provide radio coverage. Construction of the rink at Levi's Stadium began on Monday, Feb. 9.

NHL.com will provide extensive digital video coverage and NHL Network will chronicle all of the excitement leading up to and after the game. For the latest on the 2015 Coors Light Stadium Series, fans should follow the NHL on Twitter, Facebook and Instagram and join the conversation by using the official hashtag #StadiumSeries. 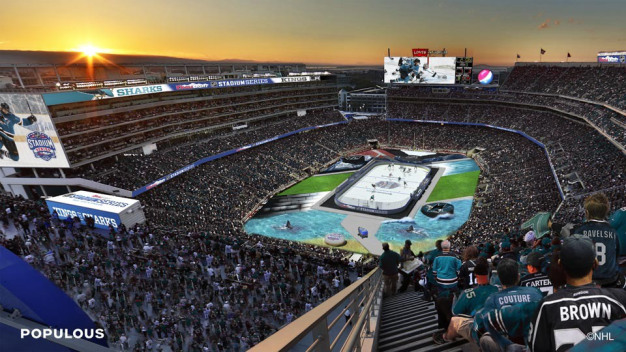 Kevin Johnson 'overwhelmed, humbled' to be Hall of Fame finalist

Spring of Mystery about to begin for Melvin, A's
Joe Stiglich

Spring of Mystery about to begin for Melvin, A's
See more >

Stanford downed by No. 11 Utah in Pac-12 action