SCOTTSDALE, Ariz. – Tim Lincecum’s spring shutout streak might have come to an end on Wednesday, but his mustache is becoming more and more legitimate – maybe even glorious.

He joked the other day with Jeff Passan of Yahoo! Sports that he’s starting to look like a creepy dude from the 1970s.

“I could see myself in one of those old vans with a ladder on the back and a bubble window,” Lincecum told Passan.

[RELATED: How Tim Lincecum reinvented himself]

Isn’t it obvious? These are much happier times for Lincecum than previous springs, when he would run too rich and burn up all his pitches before getting through his scheduled number of innings. This time, after tossing a one-hit shutout through four, he bought himself extra time.

The fifth wasn’t as pretty, and Lincecum gave up his first two runs of the spring when the White Sox strung together three hits. (The second one scored after he departed, on a squeeze bunt.)

But here’s the difference: Lincecum’s spring had been so smooth, he actually welcomed the chance to pitch in some traffic.

“It’s nice to get out there and get into some game type situations,” he said. “The last inning I was up. I had too many 3-2 counts, and I just battled. I felt I could keep going but some of the pitches started to elevate.”

Lincecum plans to go deeper this season in more ways than one. He’s fully aware that he hasn’t cracked 200 innings in either of the past two seasons. That is a pitching benchmark for starters, and it’s a number he used to log with his feet up.

“I had that stretch of three straight years of it,” Lincecum said. “I’d like to get back to that and kind of put that as a challenge to myself. That starts with confidence and a plan and a right mindset. I feel I’m turning myself into a better pitcher in those regards.”

He’s a new pitcher and maybe a new person, even if the mustache makes him look like a guest star from “Starsky and Hutch.”

I confessed to Lincecum that I was very confused. I walked all through the players’ parking lot and didn’t see a single van with a ladder and a bubble window.

Even if it’s tougher to eat with a mustache.

By the way, can it be mere coincidence that Lincecum is growing a mustache at the same time he's trying to reinvent himself as a command pitcher who outsmarts hitters? 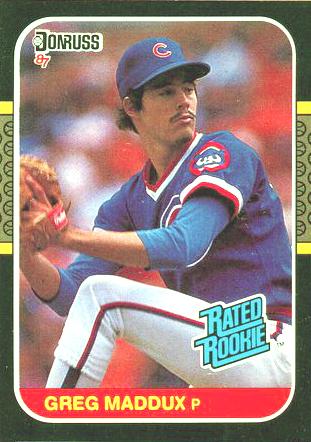 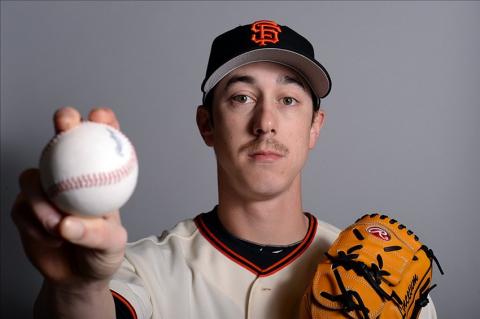 Notes: Angel Pagan was scratched from Wednesday’s lineup because Bochy forgot the center fielder had an afternoon appointment of an undisclosed nature. Originally Bochy said it wasn’t medically related, and Pagan appeared fine as he fully took part in morning workouts. But after the game, Bochy acknowledged Pagan went to see a doctor. “We’re just getting him checked out about something,” Bochy said. “Right now that’s something we’ll keep between us.” … Michael Morse, who owns all of zero sacrifice hits in his career, batted in the No.2 slot but Bochy said he’s not dreaming of putting him there. He just wanted Morse to get an extra at-bat without standing longer in left field. Morse hasn’t played any first base yet but Bochy plans to get him some time there once he’s certain his calf is 100 percent. Oh, and Morse did better than put down a sacrifice bunt after Gregor Blanco hit a leadoff single. He banged an RBI double off the wall. … Brandon Belt stayed home with the flu and likely will miss Thursday’s night game as well, Bochy said. Last spring, a bad case of the flu knocked Belt for a loop and contributed to a miserable start to the season, so the Giants are hopeful this is a milder case. …  Bochy, on catcher Andrew Susac, who was optioned to Triple-A Fresno but will start Thursday’s exhibition: “He’s gotten better and more comfortable. The more time he got here and was able to relax, he realized he can play here.” If Susac develops into a frontline catcher, it could open up a world of possibilities for the Giants. … The Giants made it a nice comeback victory with a two-run ninth. Nick Noonan’s RBI double scored pinch runner Juan Perez, Brandon Hicks put down a sacrifice bunt and Joaquin Arias laced a walk-off single to right field. … Housekeeping note: I’m taking my usual spring break but will be back minding the store March 21. Over/under on Mark Minicozzi home runs before then: 3.

A's Confidential: 1-on-1 with Josh Reddick

YSTL: Why is Matt Schaub the right fit for Raiders?

Schaub: Ready to get to work to win a championship

49ers drafting for need -- next season and beyond
Hester: 49ers were a finalist for services
Miller's role could evolve into short-yardage runner
49ers sign FB Miller to three-year extension
Read More

Reds' Chapman 'lucky' to have only broken bone

A's rough up Carrasco for 13-3 win over Indians

Burns a 'beast' as Sharks skate past Ducks

Jackson has control of Knicks and plenty to do

49ers drafting for need -- next season and beyond
(128)
Matt Maiocco

Hester: 49ers were a finalist for services
(79)
Miller's role could evolve into short-yardage runner
(31)
See more >

Rewind: 49ers just 'an inch or two' away from Super Bowl
(67)
Matt Maiocco

Schaub investment one half of Raiders' culture-changing plans

Join us at AT&T on March 31st to watch the Giants @ Diamondbacks on the big screen!