Programming note: For all the day’s sports news, tune in to SportsNet Central tonight and every night at 6, 10:30 p.m. and midnight on Comcast SportsNet Bay Area

And now, one last word on the Hall of Fame from me until . . . well, until the next time I need a light day at work.

Bloviation is the new aerobic exercise, and exercise is good. And nothing gets the blood rushing through an alcohol-coated tongue quite like the high-speed flapping that goes on about the Hall of Fame.

Tidying up the process by which the Hall of Fame is filled each year is actually not nearly so difficult a task. The problem lies in this central truth: People would much rather bitch about it, because without bitching, we don't feel quite so connected to the process. And by "we," I mean writers, non-writers, voters, non-voters, fans, monkeys, lemurs, radio chat show hosts, web site operators, shysters, radio chat show hosts and four-slice toasters.

That list comes in no particular order, in case you’re worried that lemurs were unnecessarily downgraded. 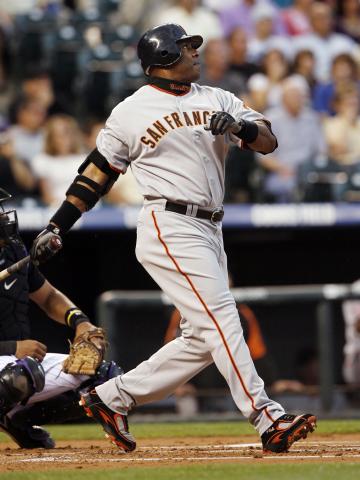 of 30 or 40 of the usual effete suspects who all live within a hundred miles of each other. You can broaden the voting base and get smarter (and why wouldn’t you want to get smarter?), but as a general rule, I trust nobody who says he or she knows which people deserve a vote and who do not. I’m just not that devout a Trotskyite.

Second, The Great Deadspin Election Hijacking of 2014 showed us more than anything else that the general public doesn’t vote all that differently than the voters do. The ceaseless prattle about the Hall and its process has produced the kind of national gridlock we have from our politics, and that is part of the game’s reward for its own systemic failures.

In that way, Dan Le Batard, who gave his vote to Deadspin to make a point, provided information that is valuable for anyone who wants to pay attention to it. We should be indebted to him. He should still get the lethal injection for not acting properly high-priest-y about his ballot, don’t get us wrong, but we should thank him for his service as he starts swelling up and thrashing.

I kid. I don’t want Le Batard dead. How about we just assign him to Dennis Rodman’s diplomatic unit for hids next field trip to Pyongyang?

Third, most of the Hall of Fame arguments aren’t about who gets in. Most of them are actually about who gets to vote. That isn’t arguing about baseball, that’s arguing about the high school prom committee. Most people who don’t vote are comfortable assuming that all voters are lazy, stupid and evil, and the moment they get the vote, they will immediately argue that everyone who doesn’t have the vote is an snot and an idiot. That’s human nature, and the one thing we all can agree on is that humans largely suck.

And let's be honest about this, too. Complainers are usually good for the betterment of the process when they don't get distracted by little things like:

• Nobody ever being a unanimous selection. What, is this is the Albanian Politburo? Does your appreciation for Willie Mays diminish because of the 23 people who didn’t vote for him? Is no divergence from the norm allowed? Are we sheep? And if we are, what would that do the lamb chop supply?

• The one Armando Benitez vote. The Benitez vote is actually 1/5700th of the work product. This makes your underwear rise up? Really? Any Benitez types ever make the Hall of Fame? Again, fixating on the one -- the seventh sign of a mind unencumbered by actual work.

• The ignorance of others not seeing the world your way in general. Oh, shut up. You're not the smartest guy in the room. I am, so back off.

• The argument about the true role of numbers in Hall of Famery. Answer: It’s somewhere between 0 and 100, okay? And if someone doesn’t see it your way, or has a different system, get over it, you mewling twerp. 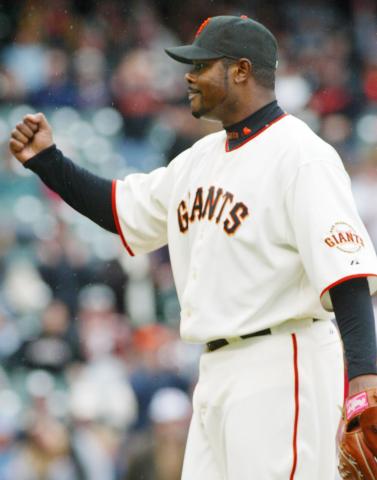 Are there holes in process? Yes. The Veterans Committee, for example, hands out Hall of Fame spots like bank safes. The committee that oversees non-players can’t see the wisdom of Marvin Miller. We don’t even get to decide on Pete Rose, and that isn’t the writers’ fault at all.

But they can be fixed, and besides, this could be way worse, because you know what’s coming soon? Bud Selig’s retirement. His replacement as commissioner, some tweedy marketing wizard/creep whose idea of creative thought is using tape on the end of a yardstick to pick up that quarter that rolled behind the hutch because, well, it's a quarter -- that weasel will almost surely think the best process is an Internet vote of all fans, thus turning the entire thing into the People’s Choice Awards at $1.99 per text. With all the money going to (feh, spit, cough, gag) the owners.

And on that day, we’ll wish we had all given our votes to Deadspin, and there will be statues of Dan LeBatard across the country to commemorate all that we have lost because we bitched about all the things that don’t matter and didn’t fix and defend the things that did. Statues of LeBatard. Everywhere. I weep for the desolation of our culture.

Malone: 'Our breakdowns are happening a little bit less often at the moment'

Cox: 'We came out fired up'

Report: Dodgers to 'go all out' for Tanaka

Instant Replay: Sharks shut out by stingy Bruins
(3)
Bruins getting players back for game vs. Sharks
(2)
See more >

In the Crease: Bruins end California trip at Sharks