We're just one week into spring training, but reigning World Series champion Buster Posey wrapped up another title on Thursday.

Posey defeated David Wright in the finals of MLB.com's bracket-style tournament to officially be crowned by baseball fans, the "Face of MLB."

On his way to the finals, Posey dispatched the Brewers' Jonathan Lucroy, the Angels' Mike Trout and the A's Sean Doolittle.

Last year, Posey fell to the A's representative -- Eric Sogard, who was out-voted in the finals to Wright.

Wright defeated the Blue Jays' Jose Bautista, the Reds' Todd Frazier and the Orioles' Adam Jones to reach the finals.

In his first six MLB seasons, Posey is filling up the trophy case. He was named Rookie of the Year in 2010 and MVP in 2012, has been selected to two All-Star Games, has won two Silver Slugger Awards, and has three World Series championships in the last five years.

Thank you to everyone who voted for the #FaceofMLB campaign 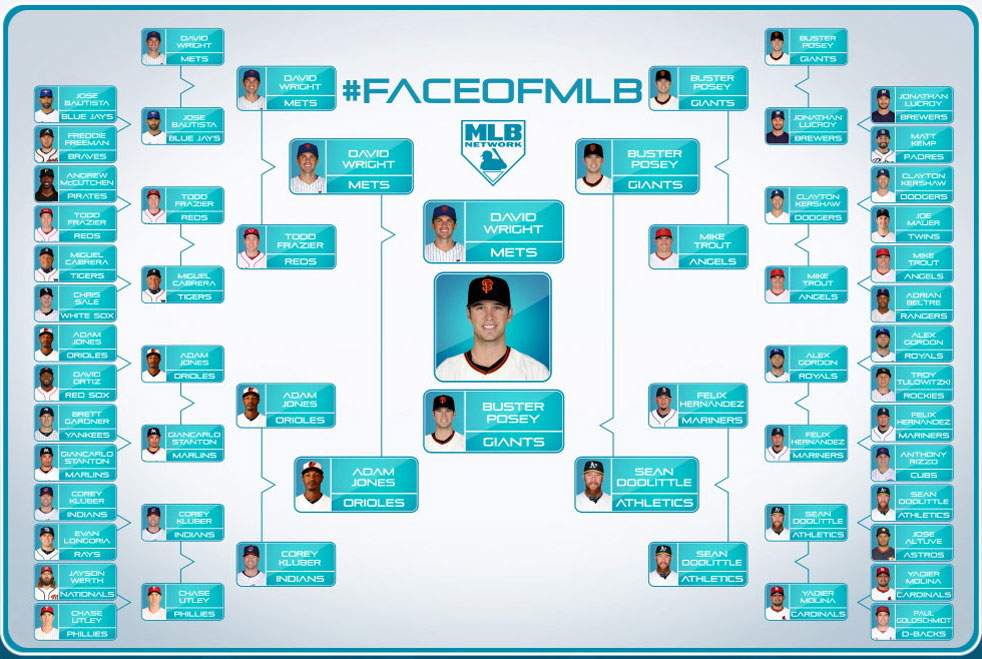 Melvin: 'Anybody is in the mix' for A's crowded rotation battle

Kerr: Warriors 'have to continue to strive to improve'

Opposition has had it easier on Sharks' home rink
McGinn, Desjardins returning to Sharks' lineup vs. Senators
In the Crease: Sharks host Ottawa in desperate need of home win
Sharks showing signs of unraveling with 20 games left
Read More

A's spring training Day 9: Getting up to speed on new rules
See more >