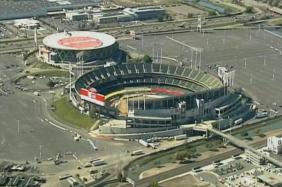 The city was appealing the 2013 ruling of U.S. District Judge Ronald Whyte upholding MLB’s exemption from antitrust laws. San Jose claims that MLB has stalled the city’s efforts to bring the A’s to the South Bay.

“Hopefully, this will be the end of the San Jose litigation,” MLB commissioner Rob Manfred told reporters at the owners’ meetings that wrapped Thursday in Arizona.

San Jose’s chance of winning in the appeals court was considered a long shot. But indications are that the city will now try to take the case all the way to the U.S. Supreme Court, though a victory there also faces long odds given the court’s previous rulings upholding baseball’s antitrust exemption.

“The scope of the Supreme Court’s holding in Flood plainly extends to questions of franchise relocation,” Kozinski wrote. “San Jose is, at bottom, asking us to deem Flood wrongly decided, and that we cannot do. Only Congress and the Supreme Court are empowered to question Flood’s continued vitality, and with it, the fate of baseball’s singular and historic exemption from the antitrust laws.”

A’s ownership has long wished to relocate the franchise to San Jose, but those efforts have been blocked by the Giants’ territorial rights ownership of Santa Clara County. Barring a victory in the courts, the A’s best chance of moving to San Jose appears either through an owners’ vote that overturns those territorial rights, or a financial payoff to compensate the Giants for moving into their territory.

The Giants have shown no interest in allowing the A’s to move there.

As it’s become clearer that moving to San Jose is a long shot, A’s co-owner Lew Wolff has shown renewed interest in building a new ballpark in Oakland on the current Coliseum site. How realistic that is still is unknown, and it’s tied greatly to whether the Raiders remain in Oakland and build their own football stadium at the Coliseum site.

A group led by financier Floyd Kephart also is trying to develop a massive “Coliseum City” complex that would potentially include stadiums for both the Raiders and A’s along with housing and retail space.

New Oakland mayor Libby Schaaf has expressed her desire to keep both teams in Oakland as well.

Lee on reaching 10,000 career points: 'Never thought I would accomplish'

Bogut: 'We knew the game would get out of hand'

Giants' Kuiper: 'A grumpy Vogelsong doesn't bother me'
Evans: Giants have to be careful how much Posey 'not' behind plate
Report: Astros miss, Giants back in pursuit of Vogelsong
Alex Rodriguez seeks out Barry Bonds for hitting tips
Read More

Raiders add Todd Downing as quarterbacks coach
McKenzie: Raiders need to 'set draft board and trust it'
McKenzie: If Woodson's in '100 percent, I want him back'
Report: Raiders promote Marcus Robertson to DB coach
Read More

Rewind: Sharks jolted back to life in 4-2 win over Kings
(3)
Kevin Kurz