NASHVILLE, Tenn. -- The Nashville Sounds unveiled a modified color scheme on Friday for their new logo as well as complete new marks and uniforms to be utilized during the club's upcoming season.

The Sounds' new logo, which was initially unveiled in October, has been modified with a return to the classic red and black colors that the team has worn for the past 16 years while adding in a new platinum silver accent color.

"We heard loud and clear the strong feedback of our fans after our new logo was unveiled last fall. We have made the decision to return to our traditional red and black color scheme to accompany the new Nashville-styled logos," said Sounds owner Frank Ward.

The team's new identity, brought to life by Brandiose, a San Diego, Calif. company, pays tribute to Nashville as the world-famous "Music City." The centerpiece of the identity is a new guitar pick "N" logo stylized from an f-hole on a guitar. The logos feature Music City style lettering and the platinum silver color is a reference to platinum records associated with the music industry.

"Nashville is the only entertainment city in America that proudly claims itself as Music City. Yet Nashville hasn't had an official badge they can wear around the country that proclaims, 'Music City is my home,'" said Brandiose's Jason Klein. "The new logo scheme achieves this."

The Sounds' new uniforms will feature home white jerseys, gray road jerseys, and an alternate black "Music City" jersey that will be paired with black pants for all Friday home games to create a striking, all-black look. Fans will also enjoy the baseball guitar emblem hat, which will be worn during batting practice and in Sunday home games. 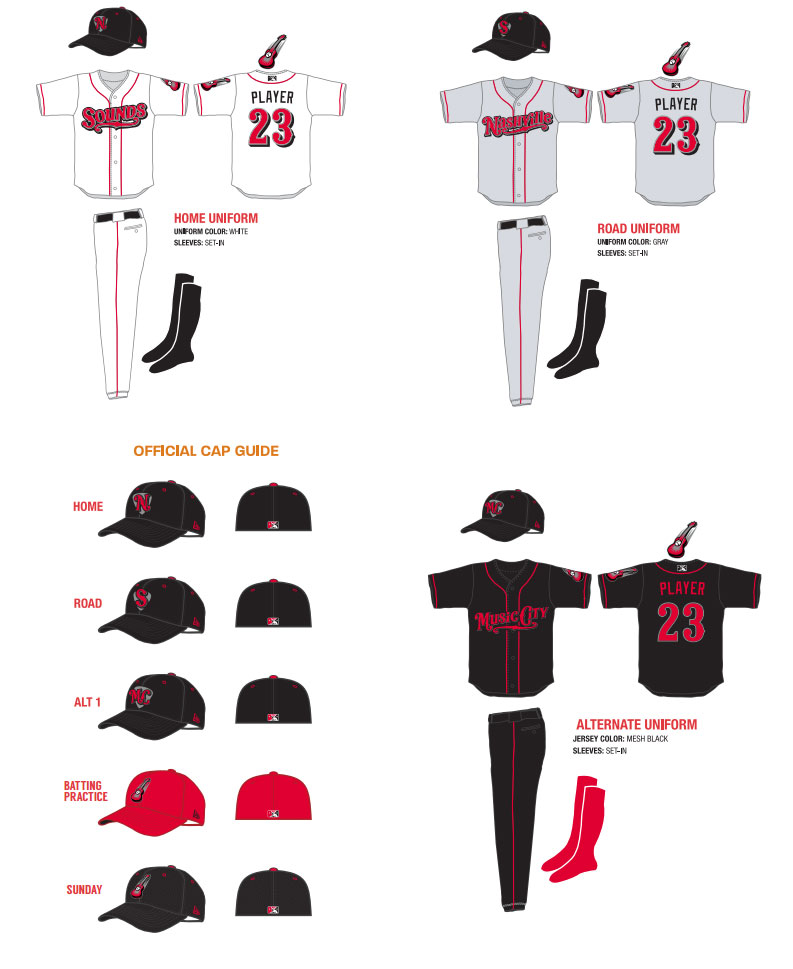 Highlights: Sharks lose to Oilers in 13-round shootout

McLellan: 'One line played well; too many passengers' vs Oilers

Niemi addresses strategy in 13-round shootout

Coach of the Month Kerr: 'I had my worst month'
Monte Poole

Coach of the Month Kerr: 'I had my worst month'
See more >