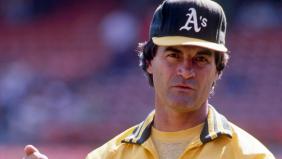 Programming note: Get up to date on all the latest offseason A’s news on the Hot Stove Show, Tuesday night at 6:30 p.m. on Comcast SportsNet Bay Area

Former A’s manager Tony La Russa was among a trio of baseball’s all-time winningest skippers to be elected to the Hall of Fame on Monday.

Former Yankees manager Joe Torre and longtime Braves manager Bobby Cox also were voted in on the Expansion Era ballot, which consisted of players, managers and executives whose biggest contributions to baseball came from 1973 on. All three were included on every one of the 16 ballots from the voting committee.

La Russa and Torre are two of just nine managers in Major League history to win three or more World Series titles. La Russa guided the A’s to a four-game sweep of the Giants in the 1989 Fall Classic, then won two more championships with St. Louis in 2006 and 2011. 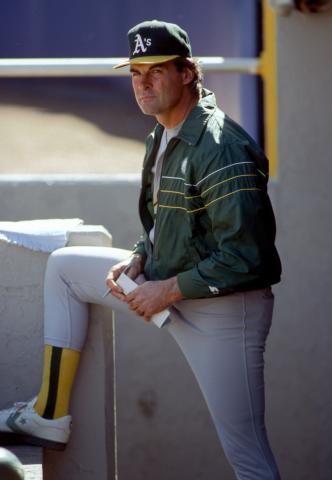 Torre is one of just five managers to win four World Series championships, leading the New York Yankees to the crown in 1996 and from 1998 to 2000.

Though he also managed the New York Mets, St. Louis Cardinals, Atlanta Braves and Los Angeles Dodgers, Torre will be forever be remembered for his time in pinstripes, guiding the Yankees to the postseason in all 12 seasons as manager from 1996-2007.

Cox began his managerial career in 1978 with an unsuccessful four-year run with the Braves. He would return to their dugout in 1990 and guide them to 14 straight division championships, including the 1995 World Series title.

But of the three, La Russa left the biggest imprint in helping reshape the game. That came most notably in his use of the bullpen, as he was a trailblazer in using relievers for specialized roles, making frequent pitching changes to create favorable matchups and saving his closer for the ninth inning only.

“It's a stunner,” La Russa told reporters of his election. “I miss the winning and losing. ... Some day I'll be with a team, I think. I'd like to be part of the competition again.”

La Russa, 69, currently works as a special adviser to Major League Baseball but has said that he’d like to rejoin a big league front office someday.

The 2014 Hall of Fame induction ceremony will take place July 27 in Cooperstown, N.Y. Results of the standard players’ Hall of Fame ballot – voted on by the Baseball Writers Association of America -- will be announced Jan. 8.

Jackson on injury and fatigue: 'There's no excuse'

Curry: 'We have to turn the tide on how we've been playing'

Giants notes: The latest in search for a left fielder, etc.
Giants' Sabean interested in spring extension for Sandoval
Barry Zito content to surf for now, but not ready to retire
Bochy optimistic rule change to protect catchers on horizon
Read More

Giants notes: The latest in search for a left fielder, etc.
(3)
Andrew Baggarly

Giants' Sabean interested in spring extension for Sandoval
(7)
Barry Zito content to surf for now, but not ready to retire
(4)
See more >

Paul, Griffin, Clippers too much for 76ers in Philly

McGloin will continue to start, with Pryor as accent piece
(20)
Scott Bair

Giants notes: The latest in search for a left fielder, etc.
(3)
See more >

McGloin will continue to start, with Pryor as accent piece
(20)
See more >

Wishing for Super Bowl XLVIII to be ruined by historic blizzard